Where does he get those wonderful toys?

Like most things in life, the state of contemporary society is mirrored by Batman's choice of car stereo.

In the carefree days of the sixties, the Batmobile was an open-topped vehicle, proudly displaying its in-car entertainment: 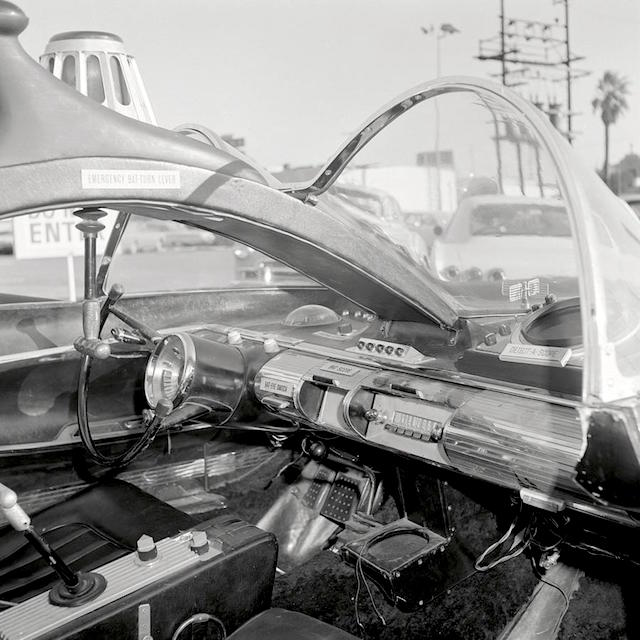 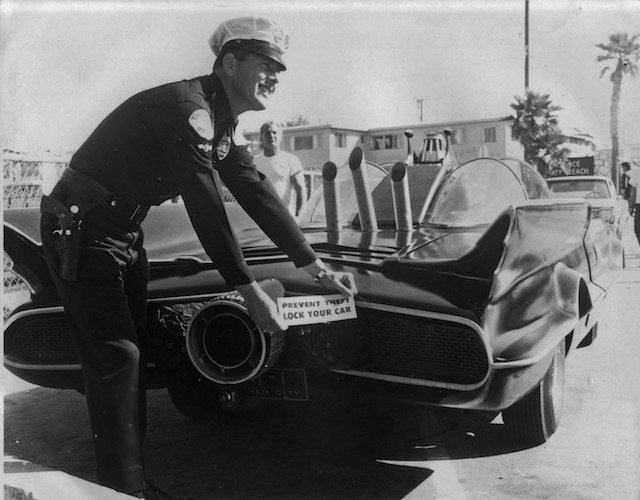 let alone entertain the notion of a Breton topped ne'er-do-well filling his swag bag with a factory-fitted Motorola.

Two decades later, the world has become a dark and untrusting place. There's no such thing as society, and physical measures are the only way to ensure you won't come back to find a smashed quarterlight and your Blaupunkt off down the boozer.

Yup, by the end of the eighties, even the Batmobile can't be left in a public place without deploying armoured shielding

while mere mortals have to make do with quick-release HiFi, lugging 5lbs of LCD-tuned auto-reverse technology to and from the car like a high-tech handbag.

But, by 1992, Batman returns with a dashboard user interface containing four buttons beside a display device 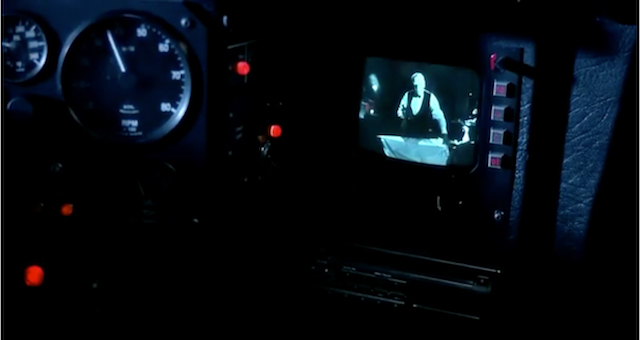 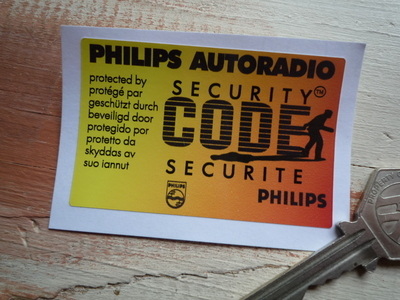 Here's how they worked: as long as the radio is connected to a power source (in most cases, the car's battery), everything is tickedy-boo  the radio behaves like any other. But interrupt the power  even for a matter of seconds  and the radio assumes it's been removed from its rightful home. Next time it's powered up, it demands a four-digit code known only to its true owner.

Did it work? According to FBI stats, car radio thefts dropped by more than half between 1994 and 2009. Could PIN-protected products have ended a crime wave? Or did price drops and the rise of decent-quality factory-fitted head units make radio theft pointless?

More importantly, how effective was the digital security? Rumour has it that early units could have their code locks reset by freezing their non-volatile memory chips. Further rumour has it that the first rumour was spread by law enforcement officials, who could now easily find stolen gear stashed in a suspect's deep freeze.

And what of the beleaguered end-users, who had no idea that their cars might suddenly demand a secret code on return from a routine garage appointment? Do you know your car radio's four digit unlock code?